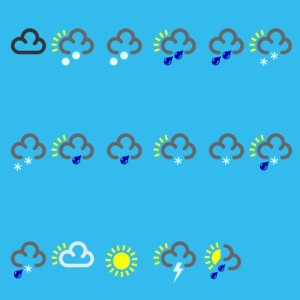 It is usually good to be proved right but sometimes you really want to be wrong.

Back in 2001 when I was rural affairs editor for a newspaper in North Wales, UK, I went out on a limb.  It was the time of foot and mouth disease and by tracking all the reported cases in that outbreak against the previous one in the 1960s, I predicted the date that the final case that year would be confirmed. Although no scientist, my prediction – made weeks earlier – was just ONE day out.

So, it meant that the British government at the time, headed by prime minister Tony Blair, wasted masses of money and caused so much heartache by killing tens of thousands of animals unnecessarily. Why was it unnecessary? Because no such drastic mass slaughter took place in the 1960s yet that outbreak lasted only one day longer.

Soon after starting this blog at the beginning of August, I criticised weather forecasters and others who kept talking about driest and hottest summer since records began. From my own observations, I could not believe it and asked ‘where is the sun?’ This was one time that I would love to have been wrong.

Well, although trying really hard not to appear to be superior (ok, ok, not too superior), an almost smug ‘I told you so’ smile has just crossed my face – because, although disappointed by the weather, my analysis was right.

Temperatures may have hit a record high in some parts of the UK, though not where we live, in July but a wet and windy August made this summer the country’s coldest in the past three years.

The average temperature for summer was only 13.9C (57F) – and this was despite London Heathrow Airport recording a high of 36.7C (98F) on one sweltering day in July.

Not only was August cold but, to make matters worse, more rain fell than average for the month that ended with a wet bank holiday weekend. The Meteorological Office has now said that the counties of Dorset and Hampshire as well as the Channel Island of Guernsey had the wettest end to any summer in the last 50 years. At the same time, Cornwall and the south coast had to put up with rainfall approaching three times the monthly average for August.

The Met Office’s chief scientist Prof Dame Julia Slingo said: “No-one can deny that we have had a pretty disappointing summer with a lot of unsettled weather and only a few warm spells, especially through July and August.”

Disappointing! She got that right. Disappointing weather after what turned out to be disappointingly inaccurate forecasts of better things.

She admitted early predictions that temperatures and rainfall would be near normal had proved to be wrong. No kidding! It seems like the BBC has made the right decision to give its weather forecasting business to someone else – even though that decision was made on the grounds of costs not accuracy.

Bearing all this in mind, Lisa and I are really pleased to be moving to Spain in two months’ time. There we will be assured of long hot summers with just occasional rain. We really cannot wait.